After spending a couple of days in Hanoi we headed to Sapa – Vietnam’s northern region. We took an overnight train that brought us to Lao Cai, and then after spending 1.5h on the bus arrived to Sa Pa.

Sa Pa is a picturesque little town. Located in the mountains, with its little lake and neat houses it resembles Switzerland.

We booked a tour with a company called Sapa O’Chau. There are a lot of minor nationalities living in this region, and the companies like Sapa O’Chau organize trekking tours around the local villages in the mountains.

They help the locals by: 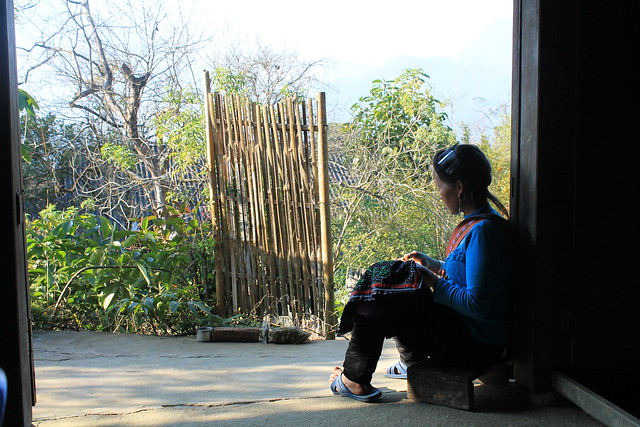 The journey begins right after you leave the little town of Sapa and head to the mountains. Even though it’s winter and it’s not very green around, the nature is breath-taking. 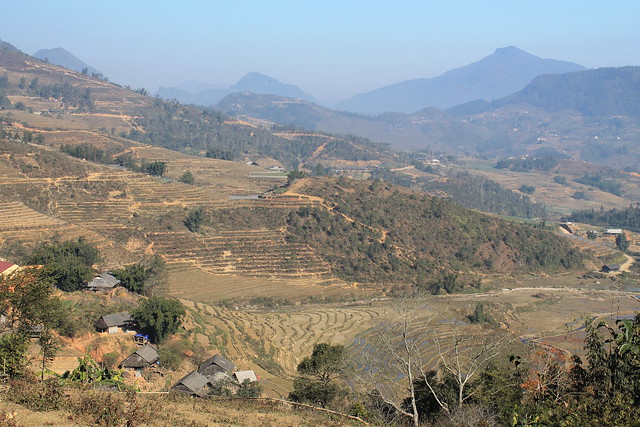 We were accompanied by a group of Australian tourists who were also travelling around Vietnam (we ran into them later in Saigon). The guys were super nice and sweet and funny: they were like “Oh yeah, Vietnam is really not that far away from Australia, it’s only a 7-hour flight!”. And when we told them that it only takes us a couple of hours by car to get to Finland, they were a bit surprised. 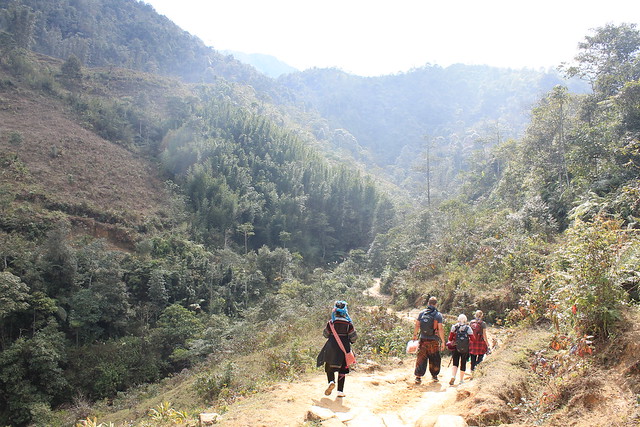 The mountainous villages are pretty shabby, and you can tell right away that those people don’t really have much money. The houses are very simple: since it doesn’t get too cold there, they’re just built from plain planks resembling sheds that we have for keeping equipment, instruments and whatnot. Since there are no windows, they look quite gloomy and murky inside. There are lots of pets and cattle lying around. 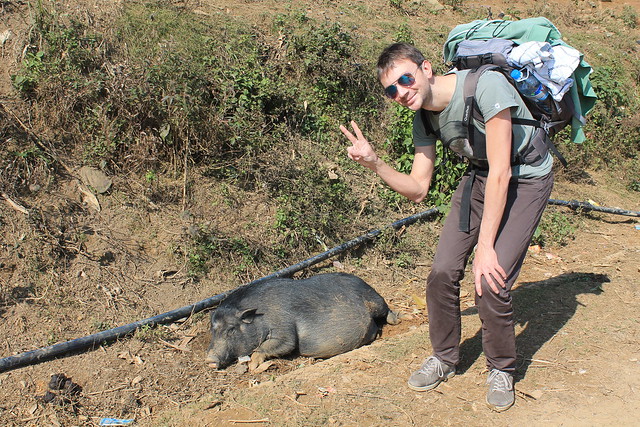 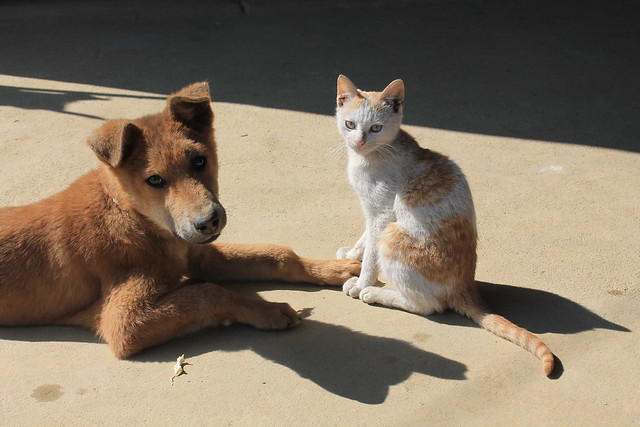 However, despite all the economic difficulties, the people living here look so happy and relaxed.

We should always remember that there are people who have so much less than we do but who, nonetheless, are so much happier. 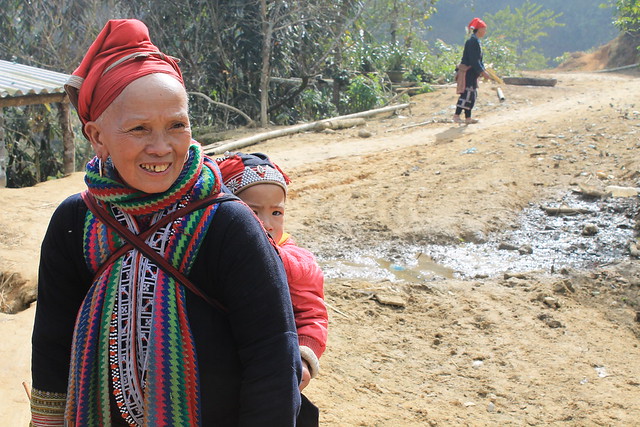 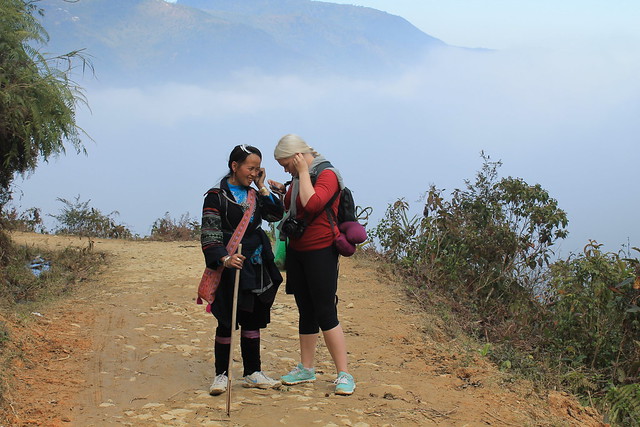 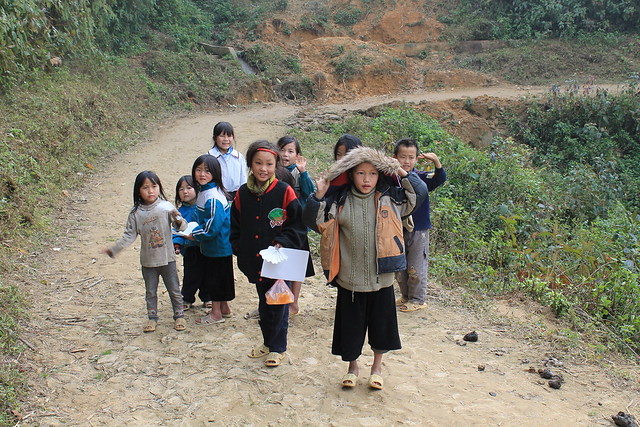 Since ours was a two-day trekking tour, we spent the night with a local family in one of the villages. The hosts were wonderful: they made us feel very comfortable and welcome, offered us a herbal bath in a barrel and served delicious dinner of the local food. We even helped with its preparation! 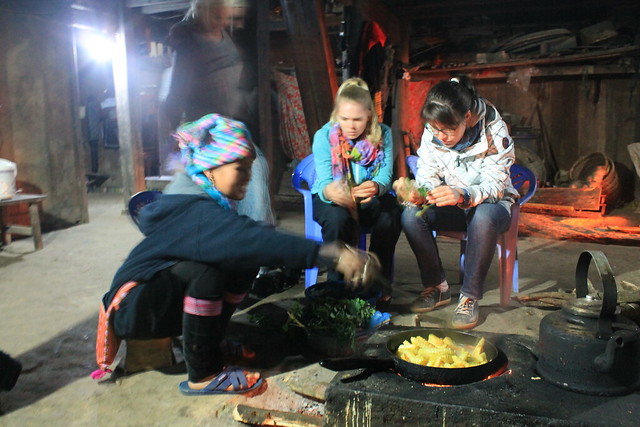 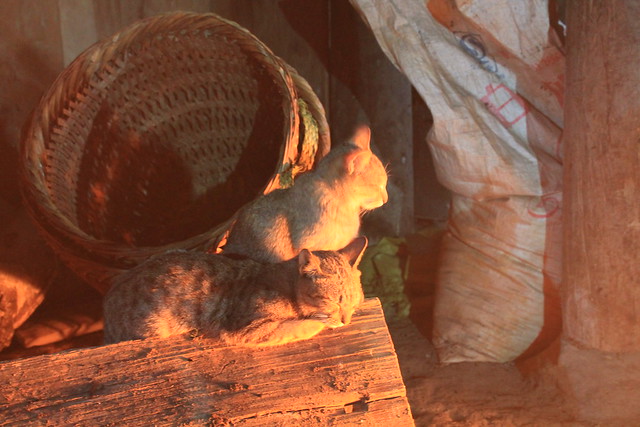 (just for the record: we did NOT eat the cats)

In the morning they even let us try on their handmade outfits. It’s interesting that the whole outfit is made by the women themselves, and if they just buy one instead of making it, the neighbours will say that they’re lazy. 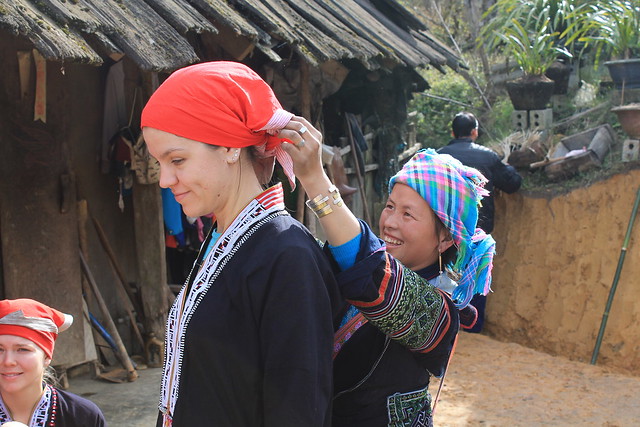 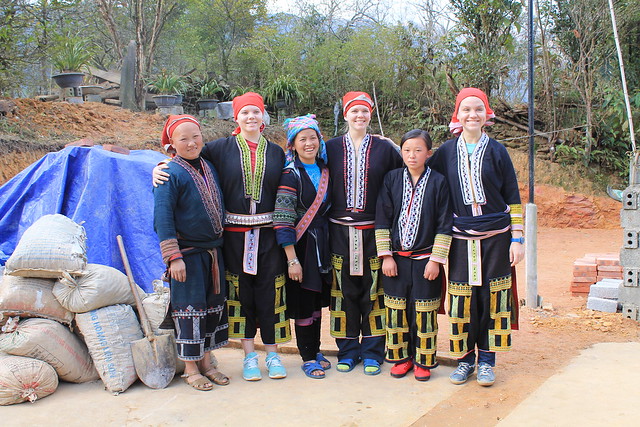 Notice how mostly all of us are wearing the red scarfs and our guide Chi is wearing the blue one? It’s because she’s from a different tribe, and that is how the women from the tribes distinguish themselves from one another. Oh, the Red Dao women (with the red scarfs) also shave their foreheads and eyebrows.

The reason would seem unexpected: so that their hair doesn’t get into the food while they’re cooking. Go figure. 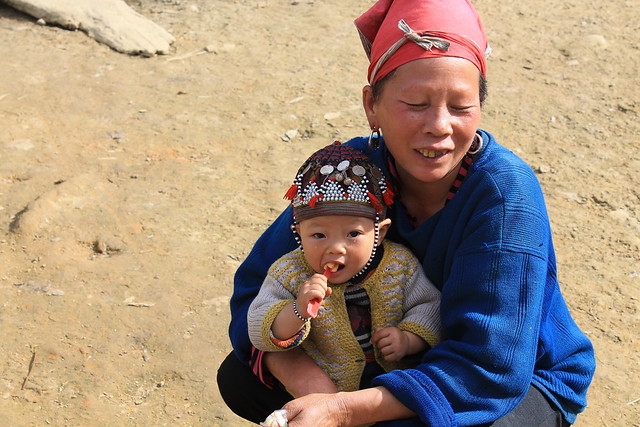 To cut the long story short, I would definitely recommend anyone who’s thinking of visiting Vietnam to spend some time in Sapa. It’s an amazing place.