I postponed writing this blog for a month! I don’t know why it was so hard for me to put my thoughts together. Perhaps because what I saw was so overwhelming that I just didn’t have the strength to write down about it. Or maybe I was just lazy 🤗

The UK was on my travel list for a long time, perhaps ever since I started studying English at school. “London is the capital of Great Britain” is a phrase all of us know by heart. Naturally, I was intrigued to visit this country, of which I had a very clear image in my head. I mean, the Buckingham Palace, Trafalgar Square, five o’clock tea, you name it. I kept hearing it from people that London is “fantastic”, “exceptional” and “unforgettable”. And how could it not be, what with everything I knew about it?

But it turned out it wasn’t London that stole my heart and made me want to come back to the United Kingdom. This story is about Scotland, my new all time favourite place on earth.

Our trip to the northern part of the UK began at Edinburgh, where we arrived with a direct flight from Dublin. We were greeted by the 25m high sign that was even featured in Trainspotting 2.

From the airport, take the tram that runs all the way to the Princes Street. The ticket is £5.50 and guarantees you a fast and (mostly) pleasant ride to the city center.

Edinburgh is the capital of Great Britain Scotland and the country’s biggest city. It has been around ever since the 7th century, when the Castle Rock was called Dun Eiden (meaning Fort on the Hill Slope). Everything in this city screams “history”, and the best place to start exploring it is definitely the Castle. So this is where we went first.

Edinburgh is a city that begs to be explored

The Castle has been sitting on the hill ever since the 11th century (well, some parts of it, that is). It served as a royal residence, military stronghold, and eventually the most famous Scottish tourist attraction, which it remains until today. We happened to be visiting the Castle on Saturday, and it was rather a mistake. The place was swarming with people, so we took a quick tour around and retreated to less crowded areas.

My personal favourite highlights from the Castle include: a great view on the city center (after all, the Castle Rock is 130 m high!), and… that’s about it. Even the Tea Rooms had a 20-minute waiting list, and the Crown Jewels could only be viewed from a conveyer of people moving past them.

Pro tip: If you are going to visit the Edinburgh Castle, I would suggest that you do it during the weekdays. Also, you might want to buy tickets in advance, to avoid waiting in the line.

Entry tickets for the castle can be bought ahead of your visit here https://t.co/G0W6z6fpFl pic.twitter.com/hS8ja40GfA

To me, the best part of Edinburgh wasn’t the Castle though; it was the Royal Mile: a street that runs from the Castle down to the Holyrood Palace. It is one Scots mile (who even thought such thing existed!) long, hence the name. Is it one of the busiest and most touristy streets in Edinburgh. But despite the crowds, it is definitely a must-see for anyone who comes to the Scottish capital.

The Royal Mile today is a mix of shops, attractions, pubs and restaurants, mostly aimed at tourists but pleasant nonetheless. During our visit, we even ran into a bunch of anti-Brexit protesters who were cheering for the European Union and apparently wanted Scotland out of the UK and into the EU. Oh, politics.

After strolling down the Royal Mile, have lunch at the White Hart Inn, the oldest pub in Scotland. It is located on Grassmarket, once a medieval marketplace and a site for public executions that is now a vibrant street with pubs and restaurants. The White Hart Inn is a great place to taste the Scottish haggis, a traditional dish that consists of the sheep’s pluck, oatmeal and spices. If you are on the green side of the table, fret not: they have a vegetarian variation of the dish, too. 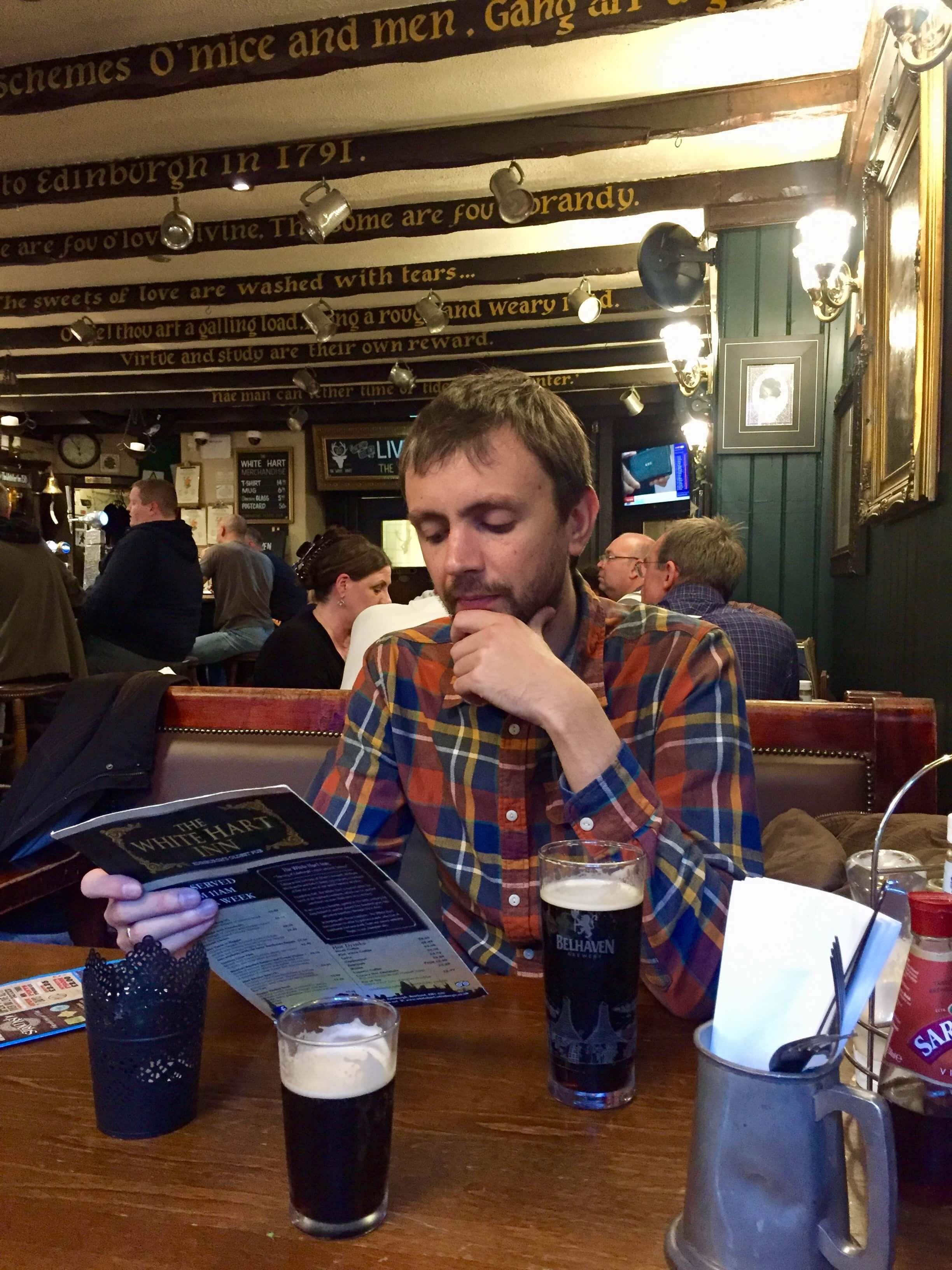 The Castle, the Royal Mile and all the beautiful shiny streets of Edinburgh didn’t always use to look like this. Back in the 18th century, the city was overcrowded, and people didn’t know much about personal hygiene. They poured their waste right outside their windows; diseases were not uncommon. The part that is now known as the Old Town was the worst. People lived in very poor conditions and would sell their children to work as chimney cleaners.

Because they are tiny and can reach far up the chimney. Yeah, they would just crawl up the chimney and basically clean it with their tiny bodies. Sometimes they would get stuck in the middle and suffocat; a terrible death that was only known to the common poor folks.

To make things worse, the University of Edinburgh and its Medical Faculty, in particular, were (and still are, actually) located right across the Cowgate Street from the poorest district of the city. To make it possible for the professors to pass the unsafe part of town, the South Bridge was built. 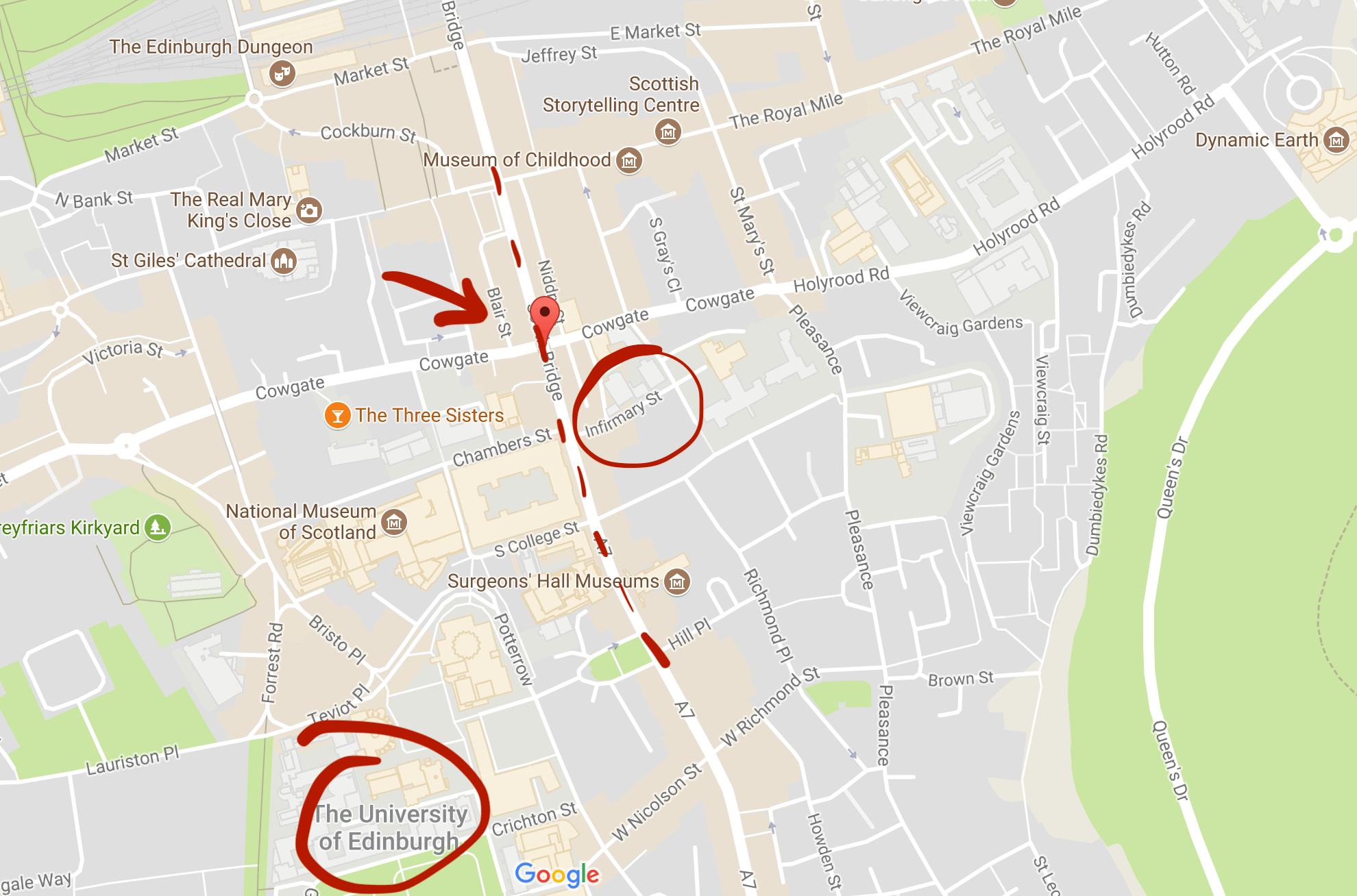 Below the bridge, the city government built the vaults. First, they served as the city’s first mall, housing traders, cobblers and workshops of all kinds. However, soon the vaults began to flood; merchants left, and the poorest citizens of Edinburgh moved in.

Living conditions were appalling. The rooms were dark and dump. As the vaults had no windows, there was no sunlight, no running water, and no sanitation. Many rooms housed the families of more than ten people. Crimes were not uncommon. 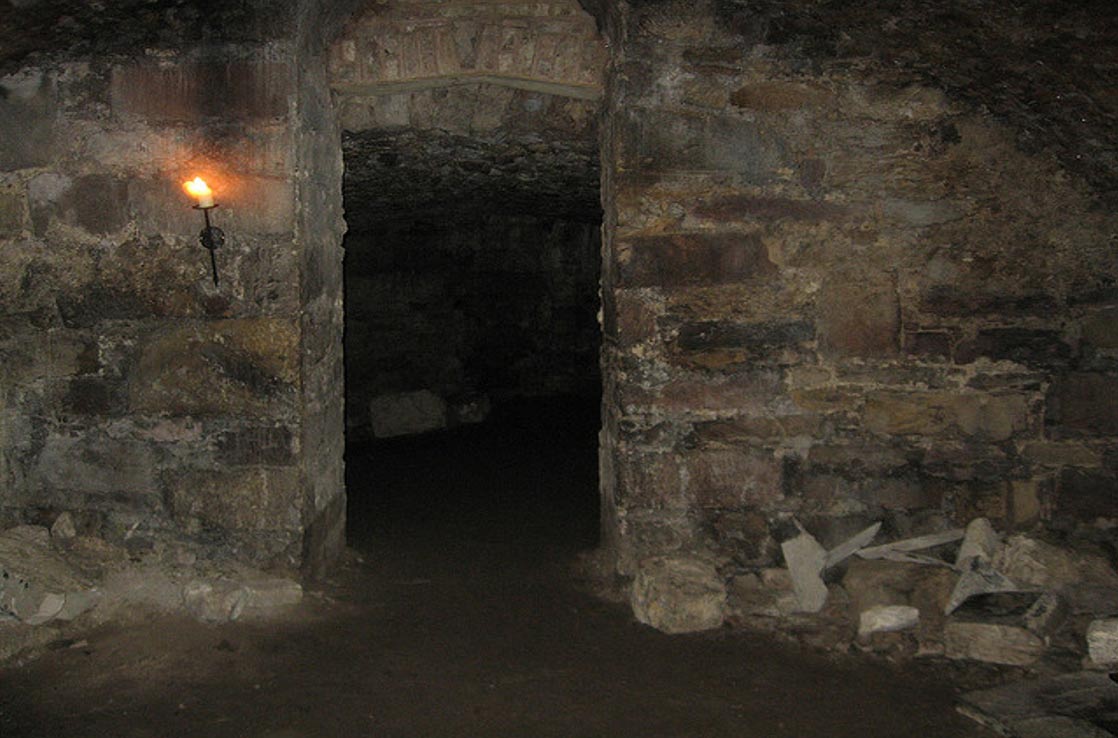 I loved Edinburgh for its medieval touch and feel, so to speak. The city is very authentic and charming but you can tell it is keeping rich history. There is the atmosphere of royal past, Enlightenment, and Trainspotting, all at once. How come?

This is something you will have to experience yourself.

We knew Edinburgh is definitely not going to be the only place we see in Scotland. Scotland is famous for its nature, so it meant we would need to get outside the city to experience it to its fullest. And off we went!

Our plan was to reach Glen Coe in the Highlands, with a short stop at Stirling (60 km from Edinburgh) to visit the Stirling Castle. The castle was built in the 12th century and was one of the most used Scottich royal residencies before the union with England. I am not going to bore you with historic facts (which are most thrilling and interesting!) of the castle existence but will show you some of its interiors instead:

Perhaps due to the fact that we visited the Stirling castle during the workday, there were very few people.

Pro tip: if you are going to travel around Scotland and visit several historic castle, I highly recommend buying a Historic Scotland Explorer pass. Even if you are only going to visit two castles (like us), it will still give you a small discouns. But the coolest part is that you won’t have to wait in line to buy a ticket for each castle! Totally worth it.

Have you ever seen the movie “Braveheart” with Mel Gibson? If you have, you must have acquired a clear image of the Scottish Highlands: they are displayed pretty decently in the movie. If you haven’t, you should: in addition to beautiful Scottish nature, you get young and muscled Mel Gibson running around riding the horse and saving his people. Definitely a must-see.

Scottish Highlands are actually a historic distric that differed from the Lowlands even in terms of language: in the Highlands, they spoke Gaelic as opposed to Scots in other parts of Scotland. Before 1800, the area was very poor and traditional. The area was controlled by the clans; each clan lived in its own glen, a long deep valley. Until this day, the villages in this part of the country are called glen: Glen Cannich, Glen Douglas, Glen Quaich. In fact, there’s a category in Wikipedia called “Glens of Scotland”!

We stayed at one of the glens, Glen Coe, in the place called Clachaig Inn. We arrived late at night, and we could hardly see the surroundings. But when we woke up in the morning, we found out that we spent the night right in the middle of the Mel Gibson movie.

The Highlands were probably the most impressive part of our whole trip. Bare mountains, rigorous climate and heavy grey sky left a deep impression on me. Just like you can never really explain to a person who hasn’t seen Mount Everest or Grand Canyone what it is, the same way I can’t really explain how the Highlands made me feel. But it was a good feeling for sure 😊

What part of Scotland is your favourite? Share in the comments below!