If you are a Russian living in Saint Petersburg, when you tell your friends you are going to travel around Russia, that would probably mean going somewhere like Moscow, the south of the country or the Ural Mountains (especially if you are from Perm, like me). The last thing they will think you are going to is Kamchatka, and this was exactly where we ended up this August.

Before the Russian adventurer Vladimir Atlasov explored nearly whole of the peninsula in 1697-1699, this land was mostly populated by the local Chukchi, Koryak and Itelmeni people that tried warring with the invadors, but to no avail, and their numbers were greatly diminished. During the Cold War the peninsula became an important military airbase and was closed for visits for everyone, including Russians.

Though it is still quite difficult and costly to reach, today Kamchatka is gradually becoming a popular destination, attracting more tourists every year.

You would probably start your journey in Petropavlovsk-Kamchatsky, the capital of the peninsula. It can be only reached by plane or ship, and at first sight might seem uncomely and grim, with its Soviet block housing aligning the city’s main street. However, the location makes up for all architectural shortcomings. Two volcanoes – Avachinsky and Koryaksky – are visible from almost any spot of the city, adding to the scenery’s beauty with their all-year-round snowcaps. 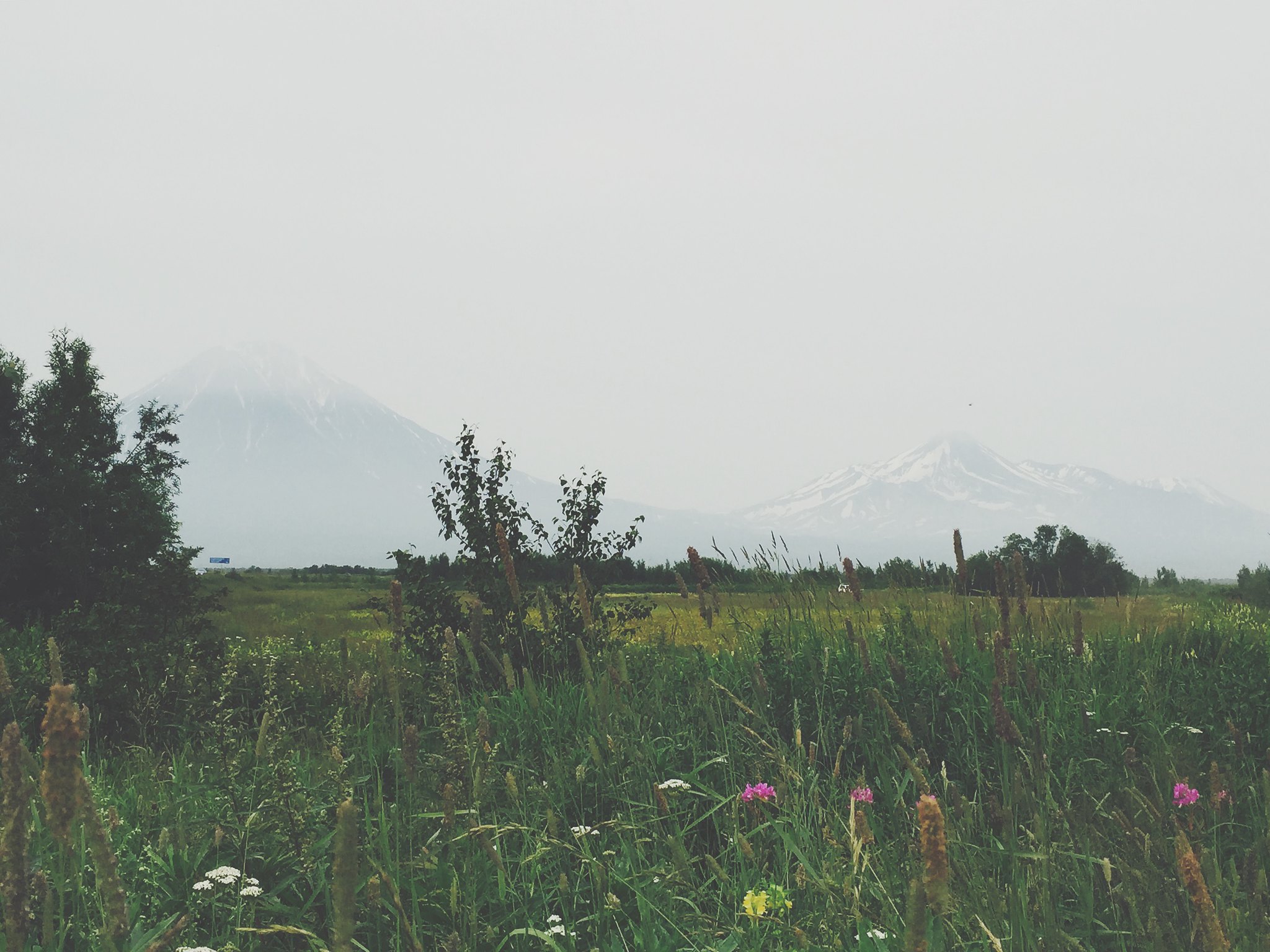 Petropavlovsk’s stunningly beautiful bay is best enjoyed from the Avacha bay. Daily boat trips are available for the price of 5,000 RUB and are totally worth the money, especially when the weather is sunny.

If you are not an experienced outdoorsy seen-it-all, climbed-the-Everest-mountain kind of tourist but would still like to visit more than just Petropavlovsk (although there are quite a few things to see in the city itself, including a very doable Mt Mishennaya and a fairly good Irish pub), it would be a good idea to book a tour with one of the agencies to explore the peninsula. The price might seem a little high (about 65,000 RUB for 10 days) but it includes a 6WD to take you to the most remote places, accomodation (mostly tents though) and food. The most exciting part of the whole tour is, of course, climbing the mountains and watching the bears. Best when combined. 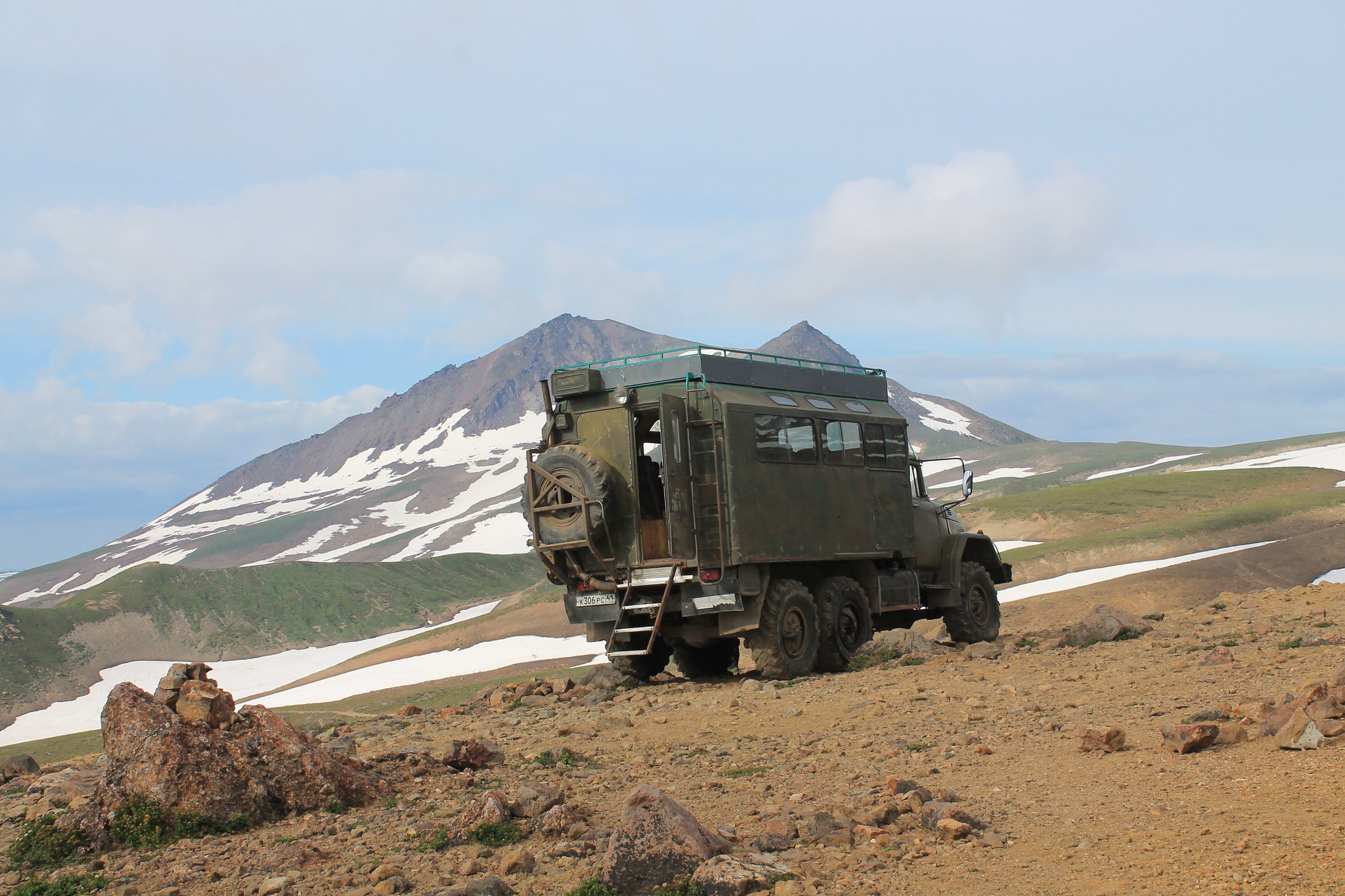 Kamchatka is often referred to as “the Land of Volcanoes”, and it totally lives up to this name: there are about 300 volcanoes on the peninsula, 29 of which are active. You are surely destined to find the one to your liking.

Kamchatka is referred to as “The Land of Volcanoes”

The first volcano that we climbed was Mutnovsky. Have you ever been inside of a volcano’s crater? When we were walking into the 4km-wide cone, covered with ice, smoking volcanic fumes and smelling of sulfur, we felt like Frodo in Mordor.

Gorely volcano, situated some 15km from Mutnovsky, is quite another story. The last time it erupted was back in 2010, and at the moment it seems quiet and still. It took us some 2h to climb, but by the time we reached the top I was dying from exhaustion and wished I had exercised more before this whole business.

Avachinsky volcano is feared by the tourist the most: its height is 2741m, and the ascent takes 4-6h, including the last 150m of literal climbing the rope. When you get back to the camping site though, you will be rewarded by an army of friendly ground squirrels that will definitely try to make friends and most likely steal your snack.

The bears are one of the most exciting parts of visiting Kamchatka, especially if they stay away. When we first arrived at the camping spot nearby Mt Mutnovsky, we saw a cub walking very close to the place where we were going to spend the next two days. Should I mention that sleeping in the tent that night was somewhat troublesome?

When we left for the volcano the next day, our cook stayed in the camp to prepare the food for us, and she said that the bear did in fact show up at the camp while we were gone but only took some carrots and apples. Even though we didn’t like the food she cooked for us that much, we were still happy that the bear had not decided to take the cook instead.

Probably the best place to watch the bears is Kurilskoye lake, reached by helicopter. The bears here are so many you almost don’t have enough time (or desire) to take pictures of all of them. The visitors are warned to stay away from the electrified fences that surround the station, and rest assured: you will not need to be reminded of this rule.

Bears can be fun and seem cute as long as you are too far to become their prey. They do not normally eat humans but can attack if they feel endangered. To protect yourself, take precautions: do not leave any food in the tent during the night (eat it if you forgot to bring it to the kitchen), sing loudly when you need to go to the toilet (this is not to make them terrified of your singing but to scare them away: they are afraid of loud noises) and take a dog with you when you go out to the nature. 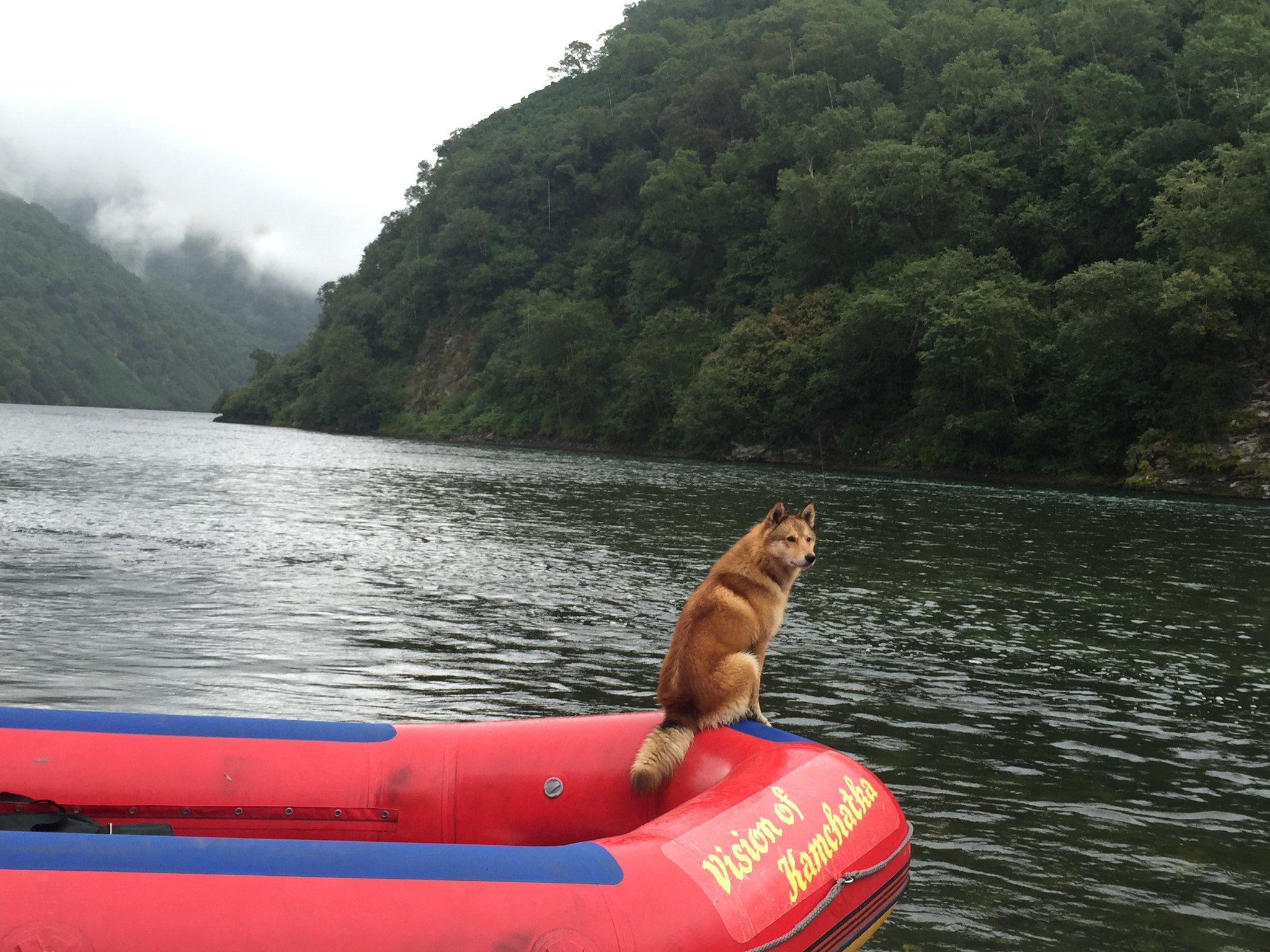 Kamchatka has so much to offer to its visitors. It will test your spirit when you ascent the volcanoes for 6 hours, sleep in a tent and fight the bears off but it will also reward you by out-of-this-world sceneries and views of the untouched nature. After all, adventures begin at the end of our comfort zone, right?